Tara is ideally located on Edgeware Road near the intersection of Enmore Road which is the beginning of a wonderful strip of cafes, restaurants, bars, speciality shops, art galleries, great secondhand shops and of course the Enmore Theatre. Enmore is next door to Newtown and it is worth noting that there are more book stores in this part of town than in any other. Just to get an idea of the diverse range of restaurants between here and King Street there are Australian fusion, Indian, Portuguese, Turkish, Lebanese, Greek, Italian, Israeli, Vietnamese, African and the ever present Thai. Recommended eateries include Russo & Russo, Bloodwood, Hartsyard, Rubyo's, La Ricetta, and great Indian food at Delhi 'O' Delhi nearby in Erskineville. We also have our own micro brewery called Young Henry's which is just off Enmore Road

The bus stop is a one minute walk away with a very frequent service taking you into the city and as mentioned King Street is a pleasant stroll from here with its famous cafe culture and so much more. It is possible to catch the one bus to take you all the way to Circular Quay and the Opera House, passing Sydney Uni, the ABC Headquarters, Central Railway Station, Chinatown, the Entertainment District on either side of George Street on through the CBD. 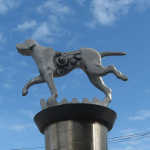 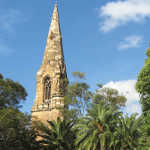